After the horses are all tucked up its usually 9 pm but the weekends are so very precious, we aim to compete at about 10 – 12 shows a year, leaving the other weekends free to continue the works at the Stud.

We are so fortunate to have wonderful friends and family who always are here to lend a hand when needed and the village children are very helpful if the work repays in McDonald’s!

Here is the progress of the manège. 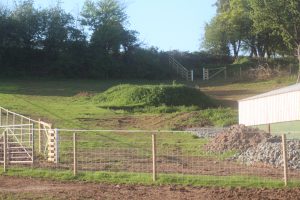 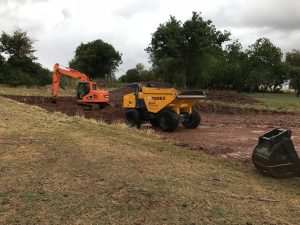 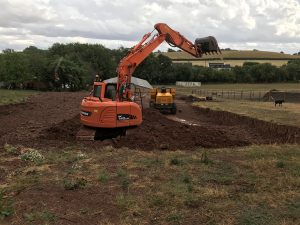 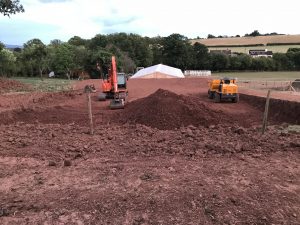 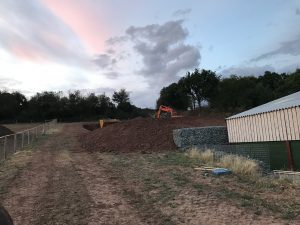 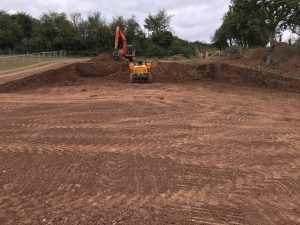 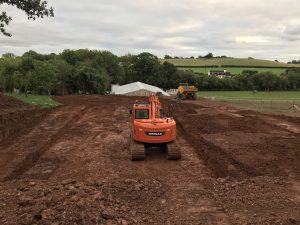 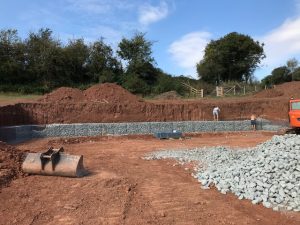 So last weekend, our repro vet Mark Georgetti gave us his time, his patience and his expertise by sex scanning our three mares at around 60 days. We would like two fillies to continue our breeding programme with the semen stored from Hevans EV Catorrius (Reus). The only mares unrelated to him are Princesse Pascale and Caricks Redheart. You cannot breed two non-characteristic Appaloosas’s, (maybe one day the rule will change) therefore our fillies need to be heterozygous or homozygous.

We have inseminated all our mares with fresh semen from DFR 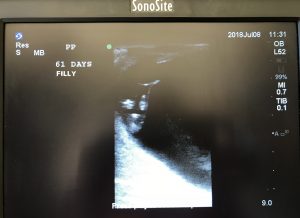 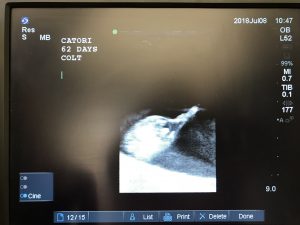 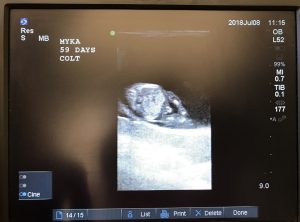 The 60-day ultrasound identified our mares are carrying single live fetuses. Mark was very patient to find the view required and eventually the genital tubercle was located.

We are grateful our mares are in foal and the foetuses are “single” and “alive”, we pray the gestation and births follow suit!

Princess Pascale is carrying the next future Redheart filly, how ecstatic are we?

We await Redheart Pascalius’s (Reu’s half-sister) sex scan at the end of the month, our GAP 6 foal is definitely a filly or a colt though!!!! 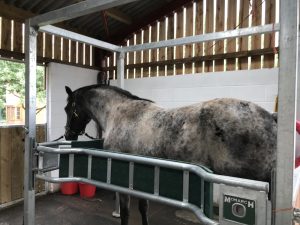 At 61 days gestation, our last mare Redheart Pascalius (Evee) has been sexed scanned.

The live scan definitely showed a filly but the picture I took looks like a colt, so time will tell. 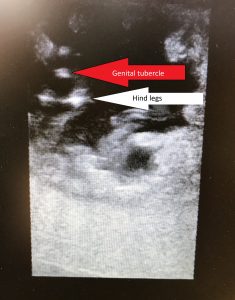 The genital tubercle (which eventually will become the penis in a colt and the clitoris in a filly) develops on the midline of the fetuses, between the hind legs. The structure moves towards the umbilicus in a colt and toward the anus in a filly. 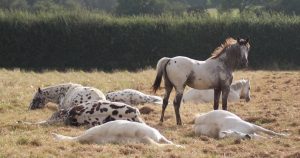 I wonder when DFR Patahas Redheart (Blu) was watching over his herd as a yearling did he think one day they will all be carrying his babies? 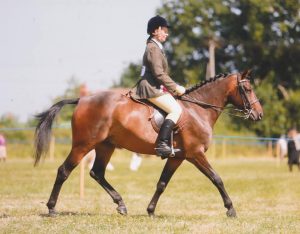 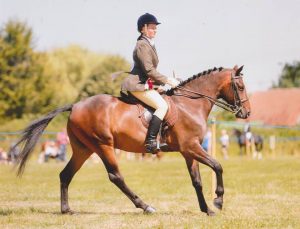 His début outing with English tack in the Small Hunter class, he was very green and overwhelmed by the ring containing a course of jumps but we survived, all good experience, looking forward to the future with this boy…

The versatility of an Appaloosa…

21st April 2017 we saw the birth of Redheart Regent, from this day he has been given the best possible start in life at Redheart Appaloosas. At 15 months, it is time for him to move on and start a new chapter in his life, an exciting loving home in Gloucestershire where he has already become one person’s dream horse!

It’s wonderful to see this new partnership already bonding, we are confident your journey in life together will be meaningful and fulfilling and Regent will give you everything you have ever wished for and more! 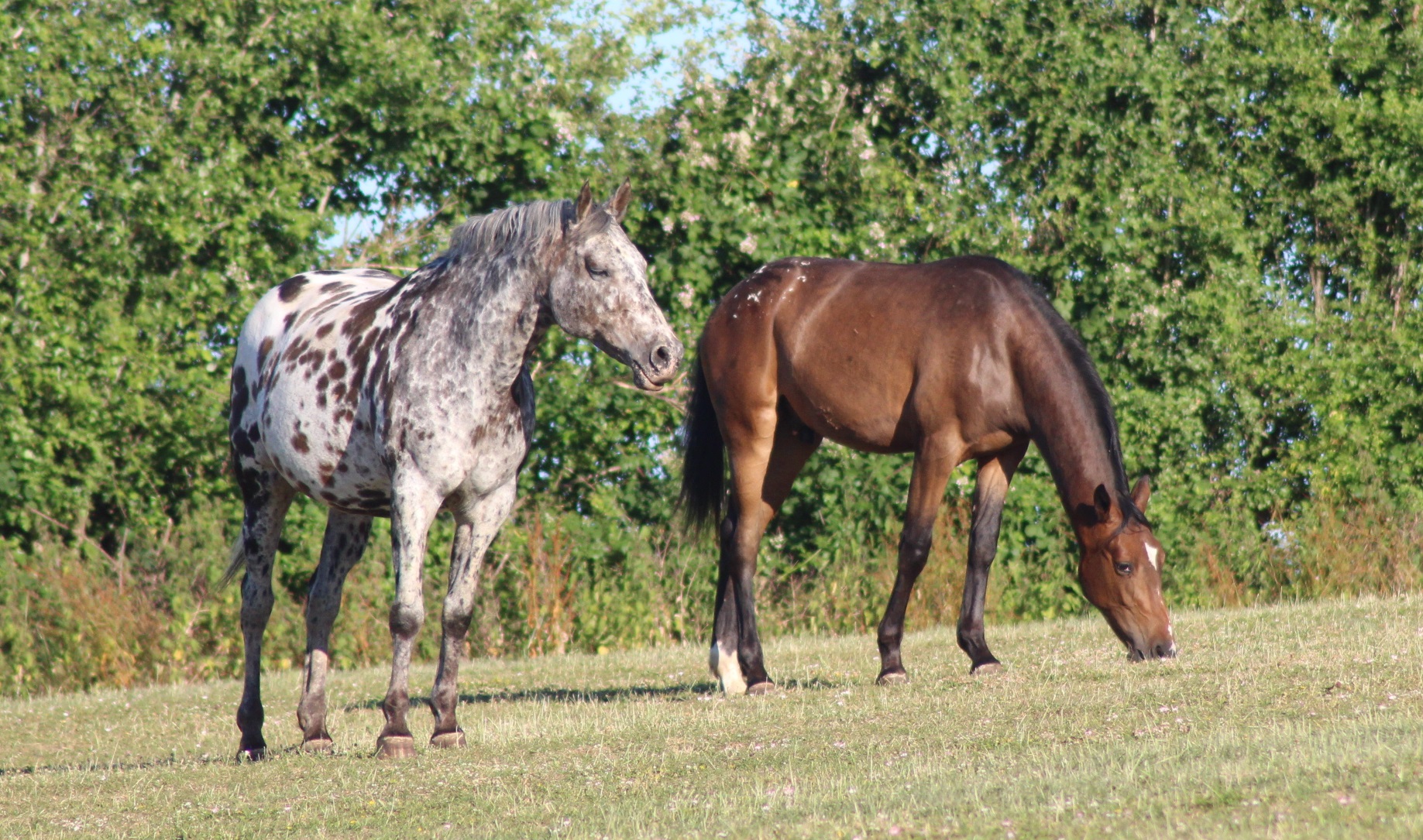 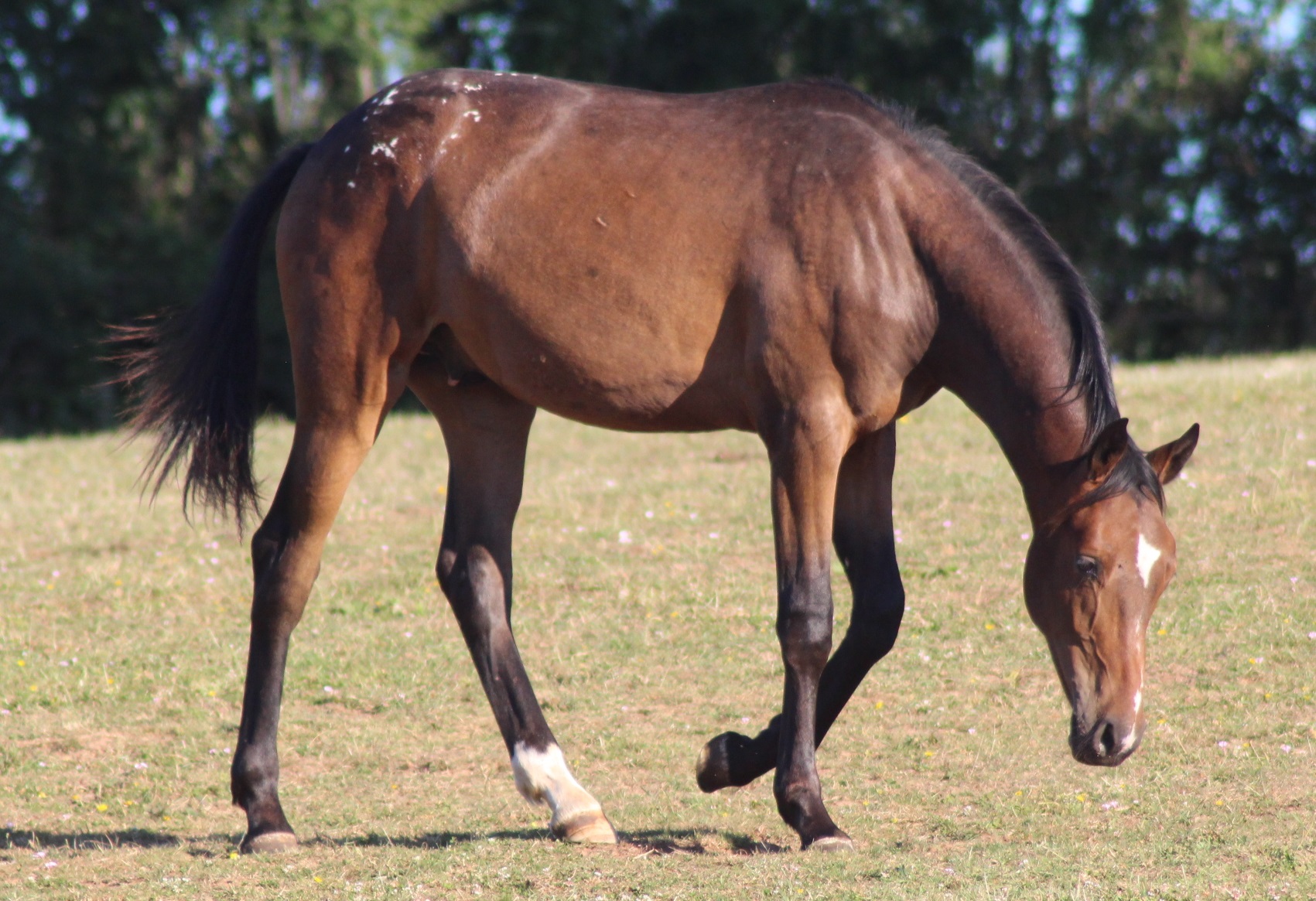 We shall keep his page open and follow his journey.