You are here: Home / Uncategorized

The Malvern Hills are part of an Area of Outstanding Natural Beauty, with scenic views over both Herefordshire and Worcestershire. The Hills run north/south for about 13 km (8 miles), between Great Malvern and the village of Colwall, and overlook the River Severn valley to the east, with the Cotswolds beyond.

The highest point of the hills is the Worcestershire Beacon at 425 meters (1,394 ft) above sea level. The hills are famous for their natural mineral springs and wells, which were responsible for the development of Great Malvern as a spa in the early 19th century.

Until recently, Malvern water was bottled commercially on a large scale and sold worldwide.

We never take for granted the view we have, here at the Redheart Appaloosa Stud. 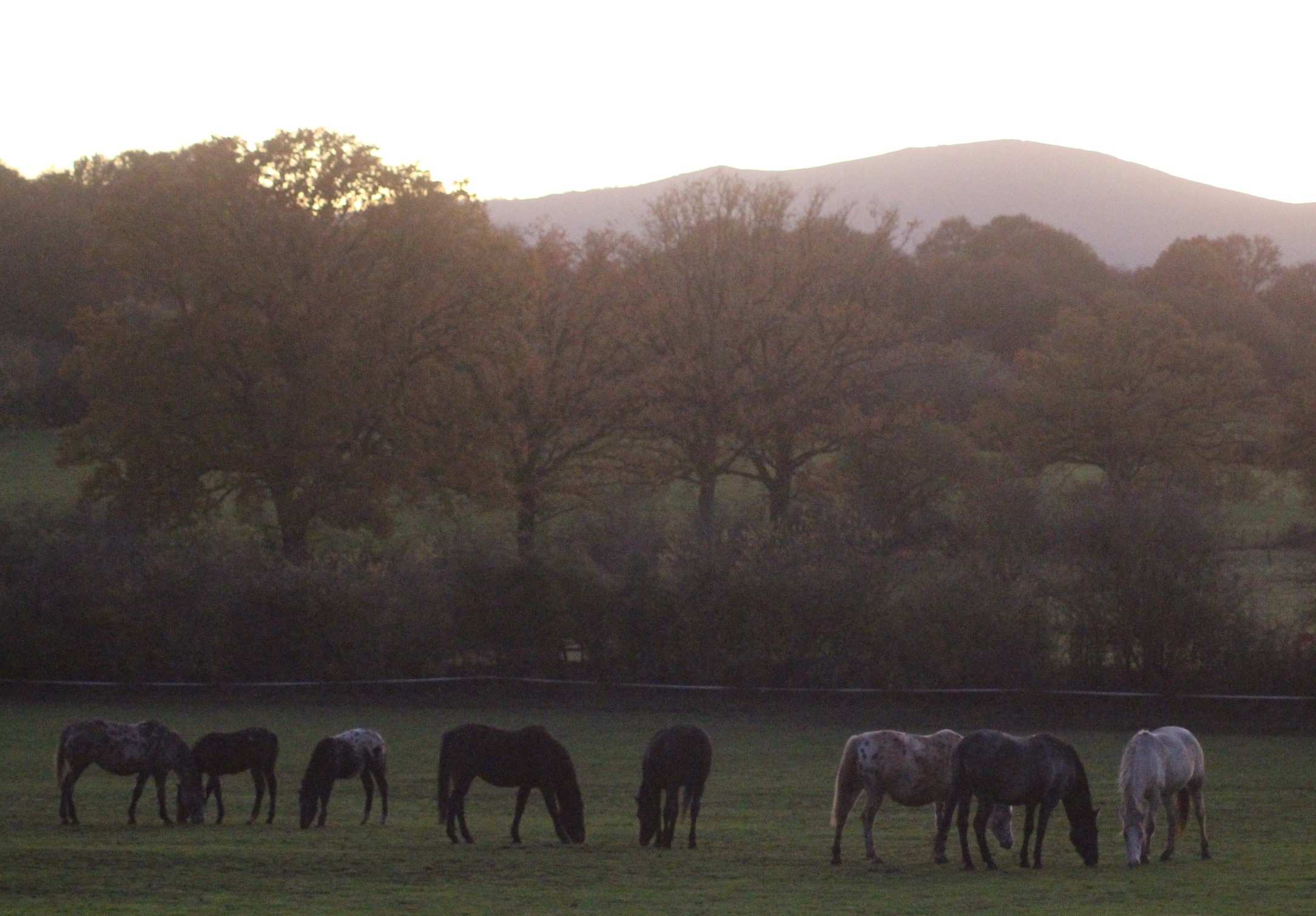