One thing we set our selves here at Redheart Appaloosas’ is goals. They are realistic and based upon each individuals horses performance. Whether we are the only one in the class or party to a class split because of high entries, their performance is noted from the time each horse has eaten it’s breakfast to the time its eaten its supper.

The result of a day’s showing is not just about the performance in the ring. We can only measure our success from the previous outings and strive to continuously improve.

We use the utility classes to gain a measure of the horse’s attitude, the ability to extend their gait on the surface and become familiar with the new surroundings and surprisingly “odd” features.

We learn so much from these classes which in turn puts us “right” for the following classes that really do matter by gaining points. 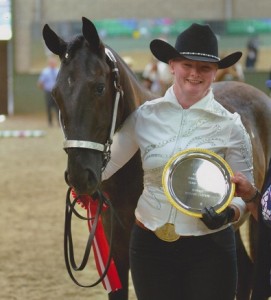 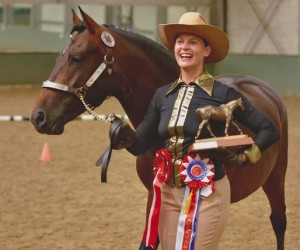 This proved to be a  successful day for Redheart Pascalius with Crystal Radford and myself with Hevans EV Catorrius.

What was not recognised at the time was the “one point” earned by winning the Stallion class. This  point was enough to put Hevans EV Catorrius on the International Top Five table. I have been notified recently about this International ranking and he continues to be present for the fourth month in a row. 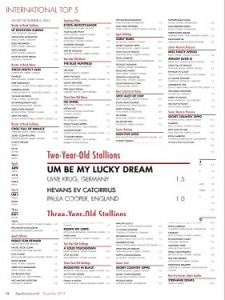 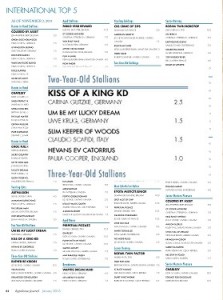 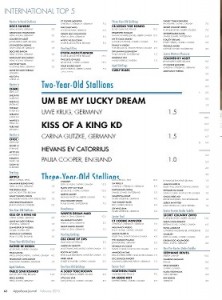 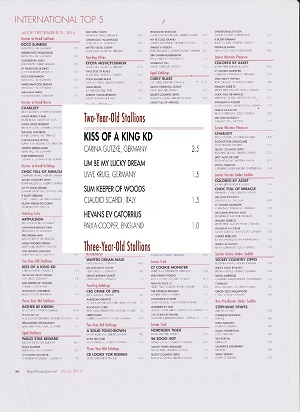 This has been a surprise and we are very much delighted to learn of this International recognition.